What Does the Budget Mean for You and Your Business? 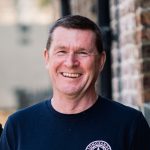 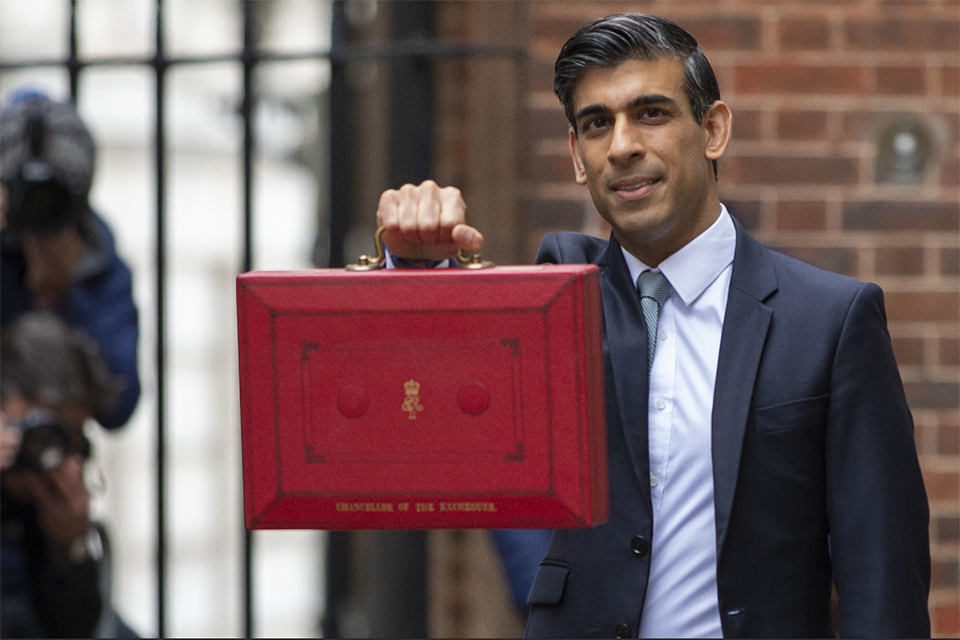 This year's budget was a little shorter than expected, but as usual, Dave’s watched and read it all, so you don’t have to. So let’s get to it, what are the main headlines from Rishi’s latest budget announcement?

Well, the world changes significantly and the Spring statement, supposedly an economic update, once again morphs into a mini-budget, albeit a short one.  52 pages is a bit of a minnow, thanks Rishi.

There’s been the usual ‘will he, won’t he’ speculation in the national press over the last week, including: Will he won’t he, increase in the starting point for employees NI (note, not employers), reduce fuel duty and/or open a consultation on R&D? (with the potential to replace some R&D benefits with enhanced capital allowances to promote investment).

I guess cut and pasting from news sites over the last few days might have written much of this summary, there’s no plagiarism here though!

The background to today’s announcements is rising inflation. It’s currently at the highest rate in 30 years at 6.2%, exacerbated by the invasion of Ukraine, the impact on trade routes and production of raw materials, including wheat, aluminium and nickel (often used in battery technology).

Inflation is expected to continue increasing and hit an eye watering 8.7% by Q4 2022, reducing to 4% then 1.5%. Stand by to see your Homepride loaf increase significantly in price. This compares to an average 3% increase in real wages compared to pre-pandemic.

Inflation has been good news for Rishi of course, helping a lower than expected borrowing figure and giving him some wriggle room to ‘help’ voters and the economy, whist still holding some back.   VAT receipts were 18.3% higher in February than in the same month last year.

So what did happen?

The phrase “Promoting tax cuts” in category 3 got a laugh, as there’s currently the highest level of personal tax in recent history.

HMRC and the Treasury have become increasingly disenchanted with R&D, particularly the SME scheme, in recent years.

Whilst there are many ethical, professional service providers, the nature of R&D claims can attract the tax equivalent of ambulance chasers. The rules have become tighter in the past couple of years, with more resources provided to moderate claims, but there’s a feeling that it’s still not enough to stop spurious or inflated claims. A new task force was announced in November to tackle abuse of R&D.

It is thought that the generosity of the SME scheme doesn’t deliver results compared to RDEC (every £ of tax credit generates only around £0.60 to £1.20 in benefit). It’s possible RDEC becomes a little more generous.

Capital allowances were discussed in depth. The Annual Investment Allowance (AIA) remains at £1m until March 2023, as does the 130% super-deduction. 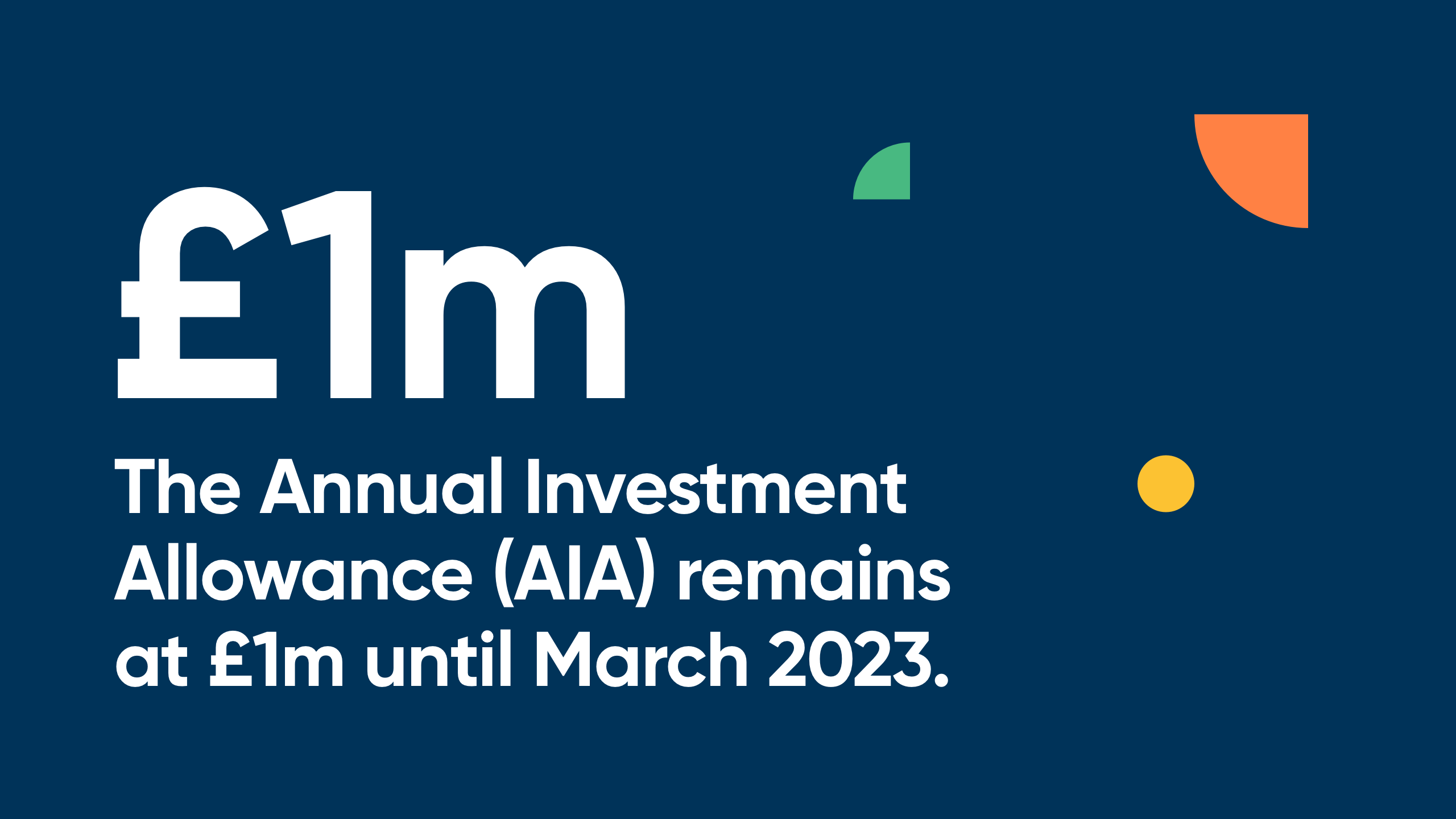 Further consultation before the autumn budget will maybe aim to potentially make rates a little more generous. For example increasing AIA permanently to £500k (£1m in temporary, the headline rate is £200k), improving the writing down allowance (WDA),  introducing an additional WDA, or introducing full expensing (i.e. writing off everything in the year of purchase).

The UK still lags in technical skills. UK employers spend only half on training compared to the OECD.  The format of the current apprenticeship levy is questioned, and a further consultation will be held.

There will be a 50% discount on business rates up to £100k for eligible retail hospitality and leisure businesses.  Not for Fintech businesses or accountancy practices I’m afraid.  This comes in in April.

On the payroll costs side, whilst the increase in the starting point for employee’s national insurance isn’t reflected in Employers NI, the NI allowance increases from £4k to £5k.

A review of the EMI (employee share option) scheme concluded that it’s effective and good value for money, so it stays with no change.  A working party will now look at CSOP (the other option scheme for businesses that cannot use EMI) to see if that need dovetailing better into EMI as businesses grow.

For households there is a £9bn plan to support households through the energy price-cap.  This will increase by 54%, with average bills up £693.  The EPC will be revisited in October.

In good news, the NI threshold class 1 (primary threshold) increases by £3,000 to £12,570, aligning with the IT threshold. This doesn’t come into effect until July, the delay to allow payroll software providers to react appropriately.  Blu Sky finds this pretty sensible actually. 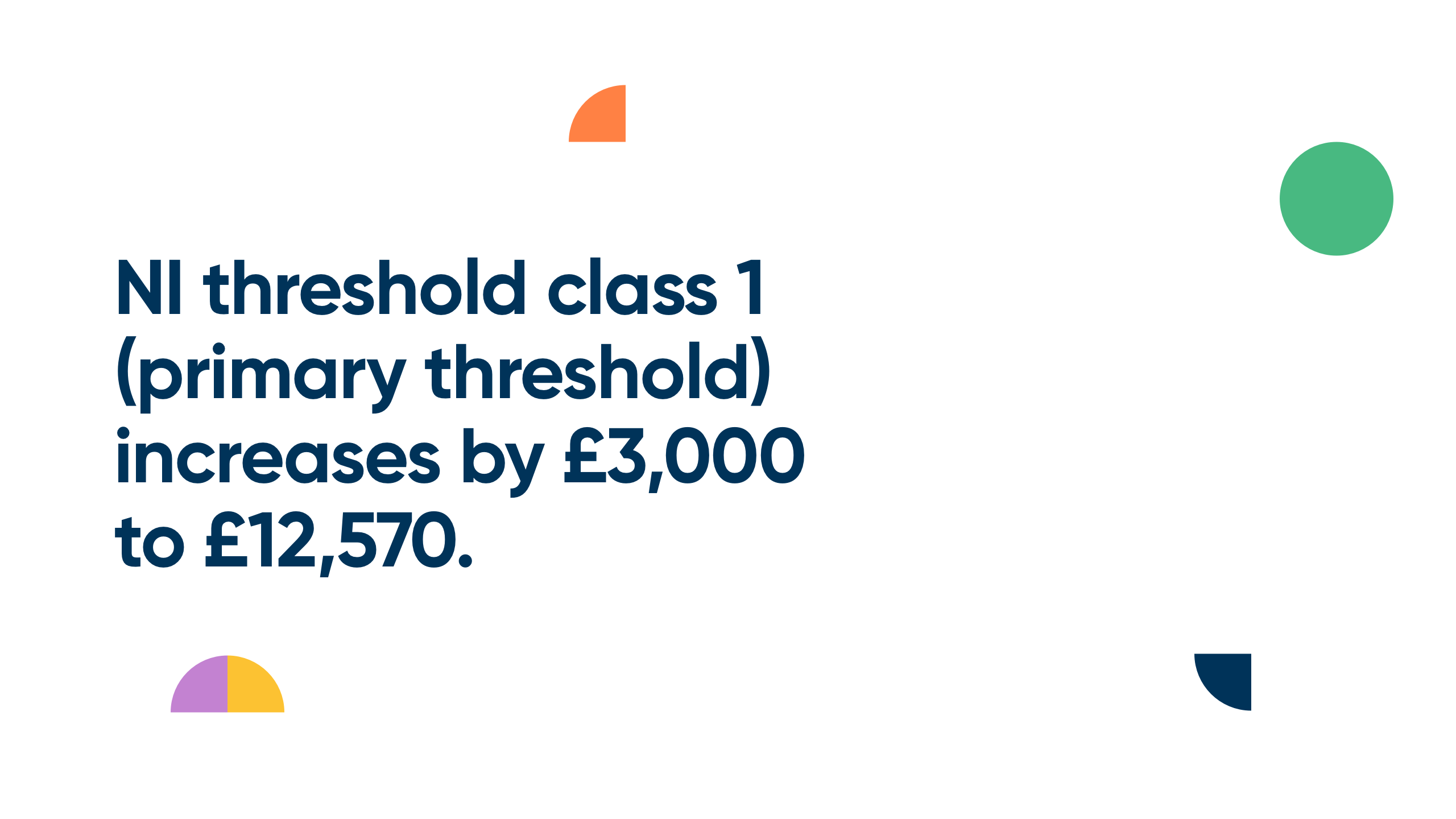 The same applies for Class 4 for the lower profit limit for self-employed.  There’s no class 2 to pay if profits are below the LPL.

Does this mean we’re approaching the time when NI & IT are just combined into a single tax? I highly doubt it! That’d be political suicide.

The National Living wage was confirmed at £9.50 from April. 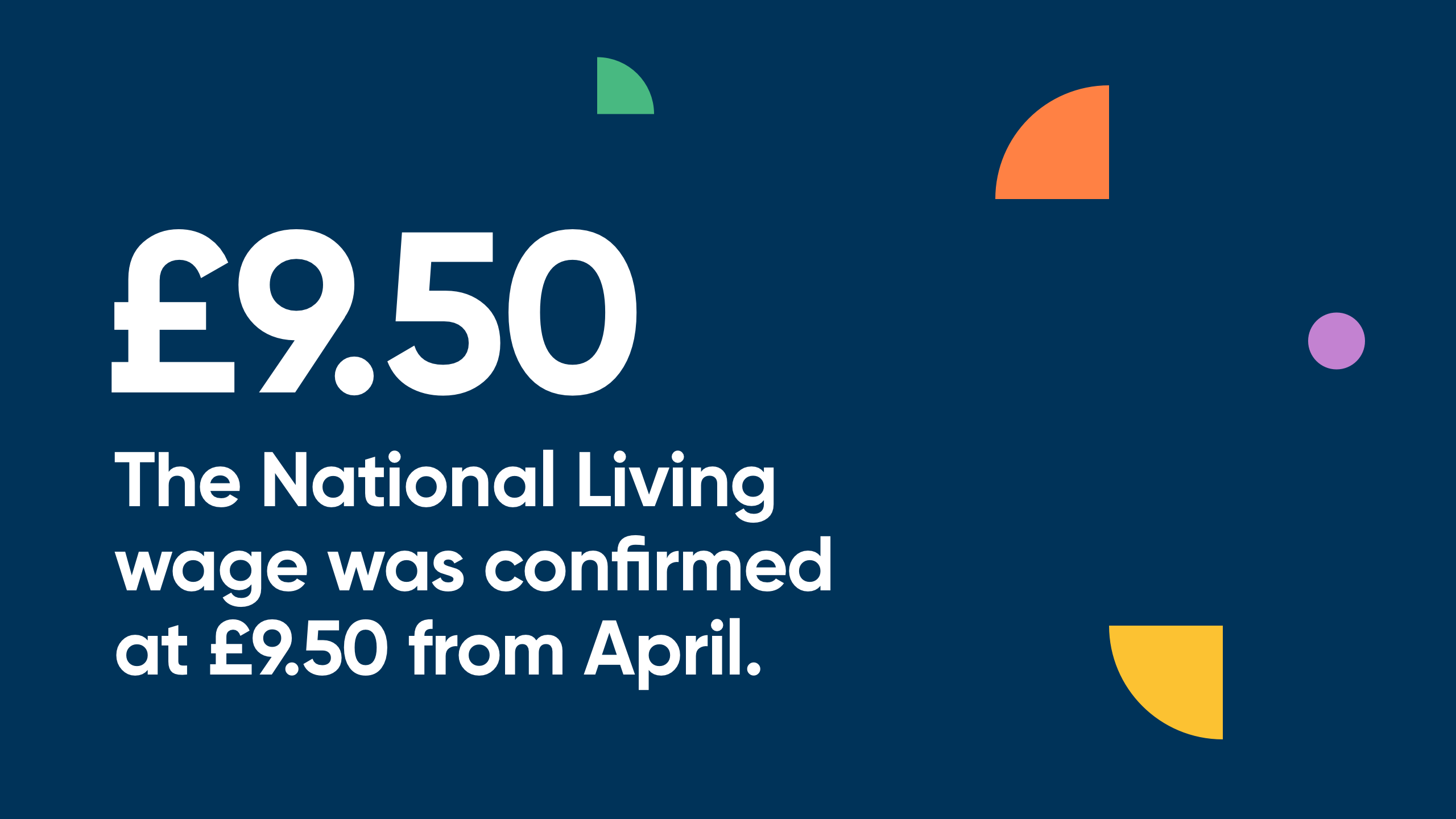 Before the end of the current parliament in 2024 they intend to cut basic rate income tax to 19%.

Gift aid relief will continue at 20% until 2027. This doesn’t apply to Scotland, and the Scottish Government will receive extra funding for them to use as they see fit.

Plenty of celebration around these cuts, there’s no mention of previous freezing of bands which increases tax take through ‘fiscal drag’.

There are Complex rules on eligibility and access to 5% rate for some building works for householders.  Solar panels, heats pumps and insulation will drop from 5% to zero-rated. This doesn’t currently apply to Northern Ireland. 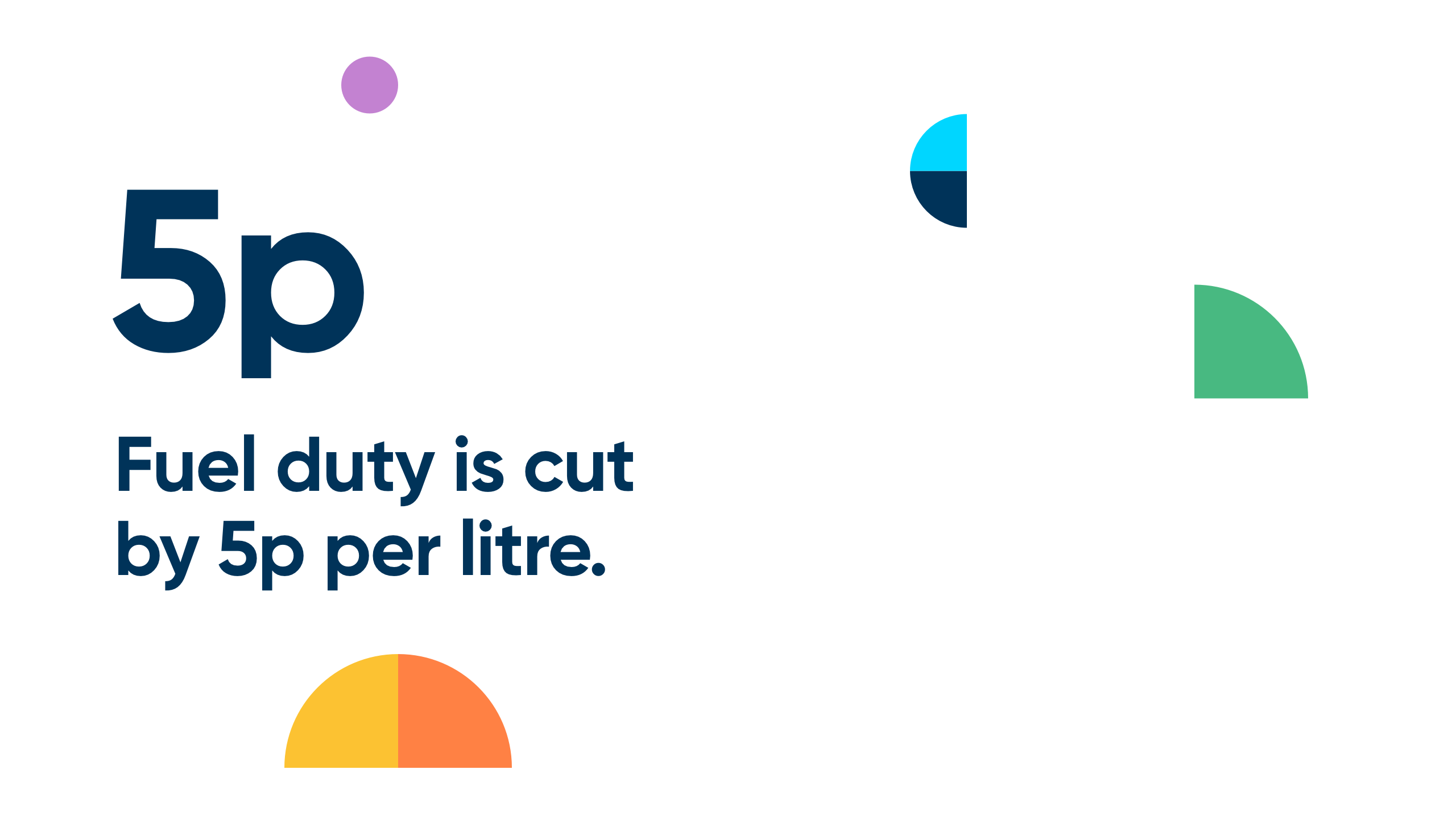 HMRC will receive £161m over the next 5 years to improve compliance and debt management.  There will be greater ‘support’ to those looking to pay off tax debts and more resource looking at the more complex tax risks 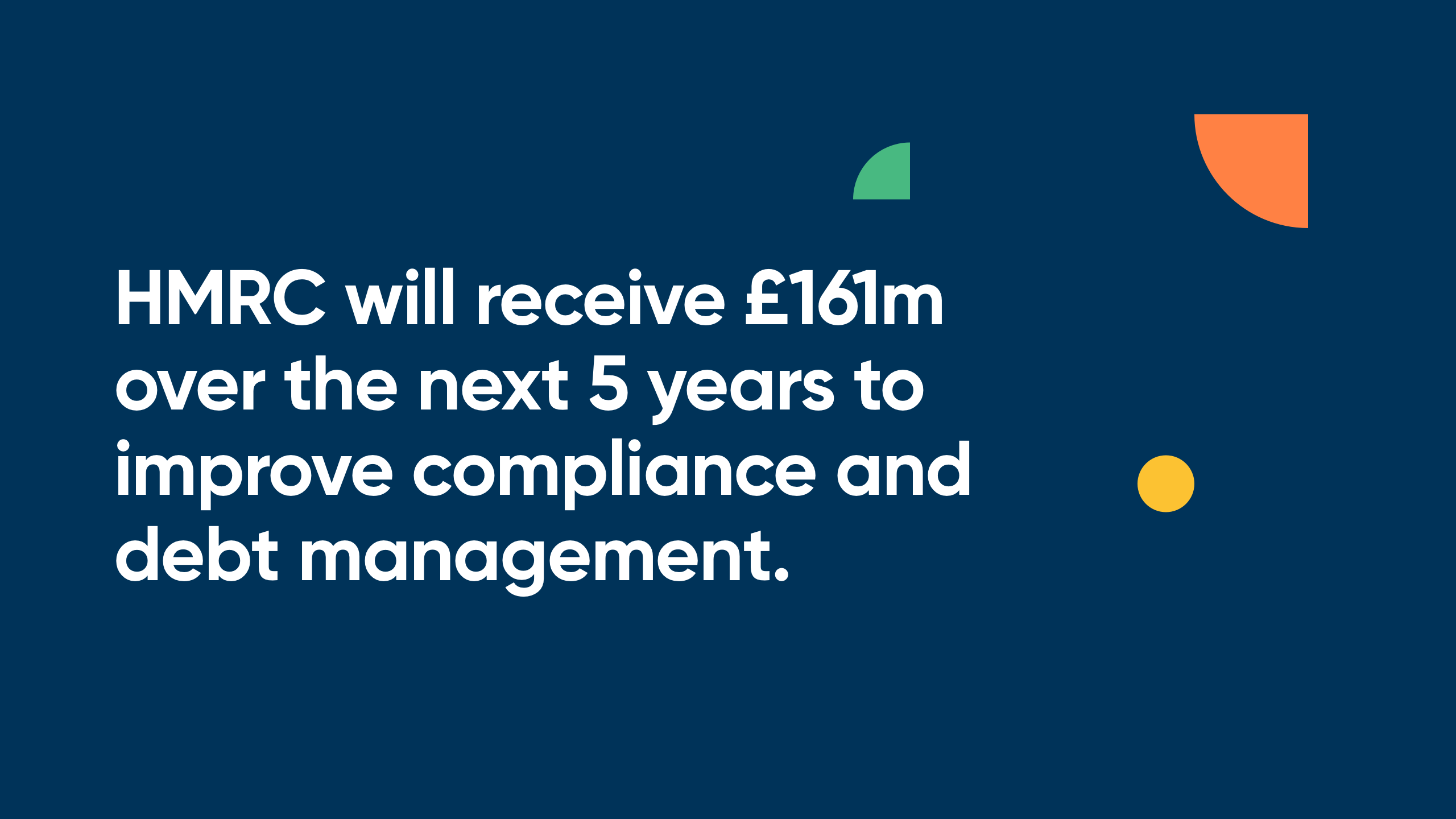 That’s it.  No real surprises, some giveaways, all I suspect scratching the surface of what’s to come during the rest of 2022.

If you’ve still been left scratching your head or there’s anything you’d like to talk through in more depth, feel free to get in touch!

There's more where that came from... 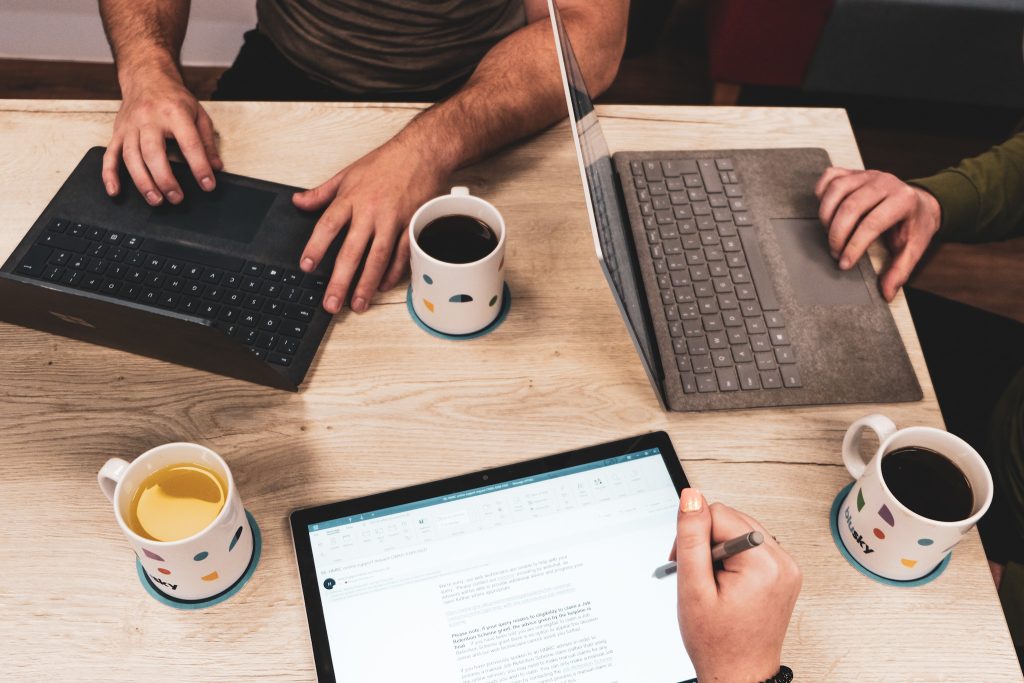 4 Reasons Why You Should Get to Know Your Balance Sheet 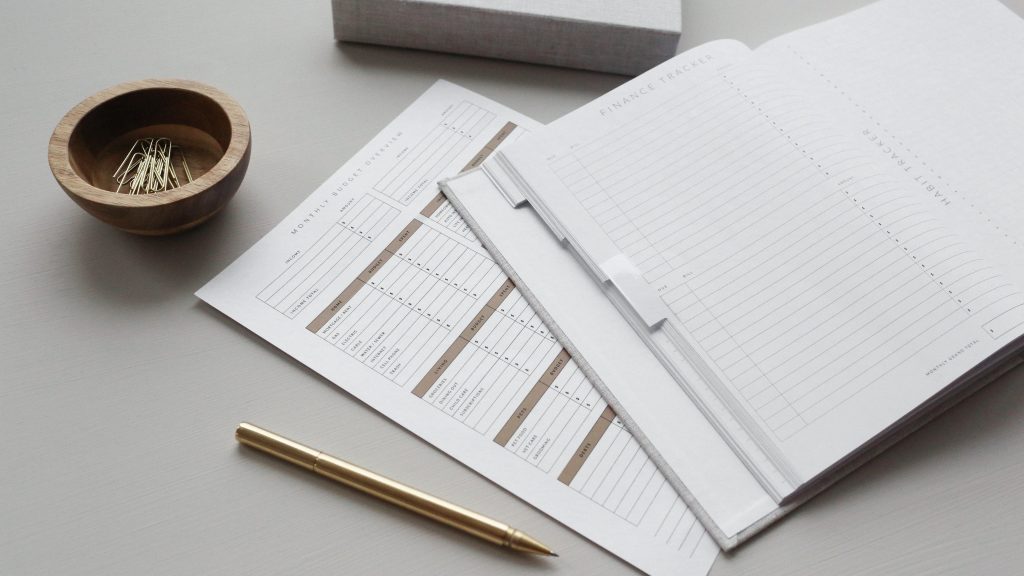 5 Things to Learn From an Incorrect Budget 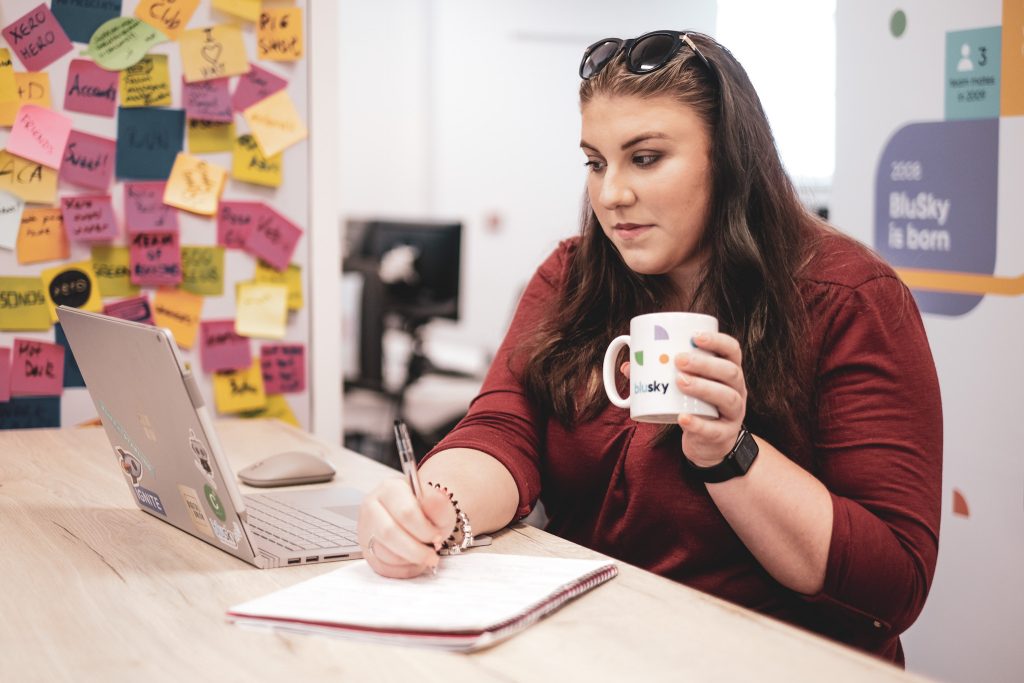 Is Your Business Investment-Ready? Here’s a Checklist